What is Progressive Dementia? 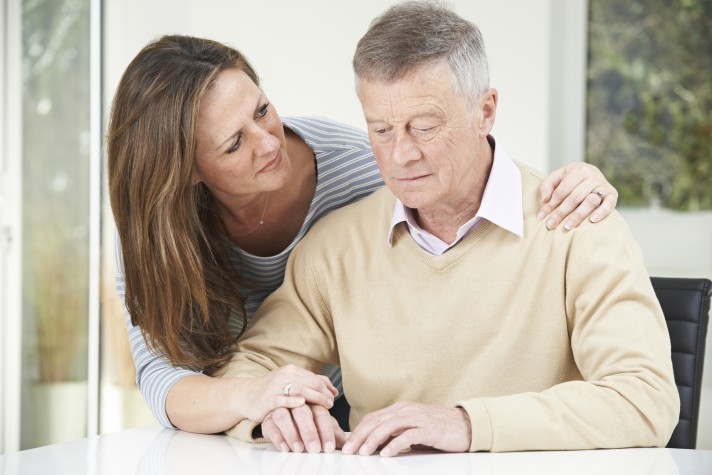 Almost all families will eventually notice a parent or other elderly relative experiencing some level of forgetfulness.  This type of cognitive decline is a normal part of the aging process and usually not a concern.  However, the degree and pace at which memory and cognitive skills are lost can signal something more than just routine forgetfulness.

The embodiment of dementia is a general breakdown of the brain's neurological functions resulting in loss of memory, thinking and language skills along with significant disruption to daily routines. Once these symptoms are recognized, families will need to seek intervention.

The term "dementia" is not a clinical diagnosis; it simply refers to a general condition that affects someone's memory or cognitive skills. Diseases, on the other hand, are actually clinical diagnoses made by physicians with dementia being one possible component of that disease.

Probably the most common disease associated with dementia is Alzheimer's. There are many other conditions, however, where dementia plays a role. Vascular disease, for example, restricts blood flow to the brain, impairing judgment and other mental abilities.  Progressive diseases like Parkinson's or Huntington's  also affect a person's memory capabilities.  Probably the least known but one of the most common causes of dementia however, relates to the abnormal buildup of proteins in the brain. These protein masses, called "Lewy bodies",  not only impair thinking and memory skills but can also cause visual hallucinations and sleep disturbances.

What are Some Signs and Symptoms of Progressive Dementia?

For most sufferers of dementia, the onset is gradual and initial symptoms may not be noticed until they become more frequent or pronounced.   In addition, not all people with dementia will experience the same signs and symptoms.  The following signs and symptoms are well documented iby groups such as the Alzheimer's Association, Medical News Today and the American Academy of Family and Physicians.  Remember, these go beyond normal age-related memory problems.

Memory loss is one of the first dementia symptoms usually noticed.  At first, the person with dementia will realize he or she is not remembering things as usual.  He or she may try to cover lapses with plausible excuses in situations where a gap in memory is evident.  As memory lapses become more frequent and severe, though, family members will catch on that things aren't what they seem.  Symptoms of chronic memory loss include:

This is a red flag warning especially for a person who was always good at remembering directions, planning out activities or working with finances and numbers.  Lapses in the the ability to problem solve or complete familiar tasks suggest a breakdown of higher cortical functions affecting thinking and reasoning.  Similar skill areas that may be affected are the ability to concentrate, pay attention to details, or finish common tasks and routines in a timely manner.  Examples of problem solving and task completion difficulties include:

Poor Judgment and Breakdown with Language and Communication

People with dementia seem to lose their common sense.  Sometimes their actions can even seem dangerous, as when leaving on a hot burner or forgetting a child in their care.  These breakdowns in areas requiring judgment are hallmarks of dementia's progression.  Accompanying poor judgment is the inability to use language or communication skills to explain reasoning for actions.  People with dementia are likely to become frustrated and angry when trying to express what they mean as they demonstrate increasing difficulty finding the right words.

Blaming Others for Misplacing Things

As dementia progresses, sufferers increasingly have problems keeping up with personal belongings or replacing household items where they belong.  Often they will become accusatory, saying that another family member is responsible for having stolen or misplaced an item.  This can be stressful for the family but it is important to be reassuring to the person with dementia as he or she is unable to change what is occurring.

Dementia sufferers display a wide range of erratic, emotional behaviors in keeping with the uncertainty of what is happening to them.  It is difficult to imagine being aware of not remembering things and having no control to stop the process.  People with this disorder can demonstrate fearful, tearful, angry, confused, irritable, paranoid, suspicious and irrational behaviors that create tensions within the home.  Remaining calm and compassionate are the best helps for stabilizing a person with dementia and bringing him or her back to a more rational state of mind.

Despondency and Giving Up

Even the most cheerful, compliant, enthusiastic people can give up under the burden of dementia.  Depression and apathy are two common outgrowths of this disorder.  A person with dementia may stop using good grooming skills, refuse to participate in routine activities or become withdrawn from family and friends.  Family members will need to encourage them in these pursuits to live as normally as possible.

How Can I Help a Family Member with Progressive Dementia?

If you suspect a family member has dementia, take him or her to a health care professional for a thorough checkup. Problems that can cause impaired memory, such as traumatic brain injuries, concussions or drug and alcohol abuse need to be ruled out first.  At the same time, cognitive abilities are assessed using one of several quick screeners that can evaluate a person's mental abilities and determine if  memory, thinking and language skills are impaired and to what degree.

Since dementia cannot be cured, most treatments are designed to alleviate the symptoms.  In the earlier stages, behavioral therapy is often recommended. Behavioral therapy is designed to help dementia patients cope with the physical and emotional changes of their condition.  Family members are also encouraged to attend behavioral therapy to understand how to help their relative in the home setting.  Behavioral approaches highlight how to set up stabilizing routines, respond to emotional reactions and design the environment to make it easier for the dementia patient to navigate personal space.  Often, occupational or physical therapists will be employed to help with these activities.

Medications  may also be prescribed to modify physiological reactions such as depression, anxiety or fearfulness.  As with any approach, medications must be carefully monitored by a physician.  As dementia progresses, some prescriptions may no longer be as useful and others may need to be employed.

The goal of all treatment for dementia is to bring back as much normal functioning into the daily lives of patients as possible.  Family members are critical to this process, so it is important that they be aware of and educated about dementia's effects on those who suffer with it.  Above all, don't be afraid to seek intervention on behalf of your family member.  Your loved one will thank you for helping to restore a sense of normalcy to their life.